Today’s full-day workshop at UI11 Conference is an in-depth course by Rolf Molich on all aspects regarding usability testing. Naturally I can’t give all Rolfs tips and tricks; it’s his course after all. But I will share some of the highlights.

Over the years, Molich has conducted several Comparative Usability Evaluation studies, in which a number of teams evaluate the same website (or application) in a specific timeframe. The teams choose their own preferred methods (until this year, all teams chose either an expert review or a usability test). All submitted reports are evaluated and compared by a small group of experts.

The combined studies have revealed some really interesting patterns, like: 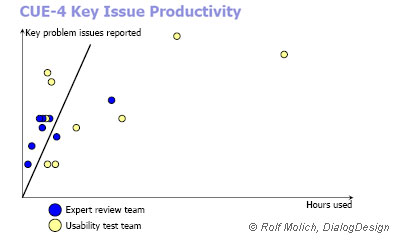 Molich was a little disappointed that only few of the attendees knew the term ‘discount usability testing’. It turns out that he and Jakob Nielsen coined the term in 1997 and that he is a fervent practitioner of this method.

Discount usability testing means that by leaving out a second facilitator and video recordings, you have more time left for testing more users. You will only have a busier job facilitating and writing down all observations. And you will also have to think more pragmatic: if you forget about problems that occurred once, they probably weren’t that serious. If it happens twice, you’ll remember. And if the user encounters a catastrophical problem, you will have enough time to write it down.

Of course video recording definitely has its strong points; for one thing, they prove to be very convincing in communicating the findings.

I have had a great experience this day. I have been able to learn from Rolf and the fellow attendees, to test my own skills (and fortunately didn’t disappoint myself) and to share my own experience. Rolf, thank you for two inspiring sessions.